In a place as big as Australia it's pretty tricky summing up the weather in a few short words. For instance, we know that Australia is the driest inhabited continent. But we also know that there are regular snowfalls in the winter months in parts of New South Wales and Victoria, and in the northerly reaches of the country tropical rainstorms flood the lands in deluges of water.

It is a country where extremes of weather are often present, so it's recommended to have some idea of the weather in the region you are travelling to. Below is a basic breakdown of the types of weather we experience in the different regions of Australia. If you are coming here from the northern hemisphere, bear in mind that the seasons in Australia will be different to the seasons you normally experience. So if you are in the middle of winter, pack your bikinis and boardshorts for your visit here. Here are the months of our seasons:

Summer: December to February
Autumn: March to May
Winter: June to August
Spring: September to November

The distinction between these seasons varies in the different parts of the continent though, for example in the north the year is divided into two distinct seasons, the wet and the dry. Hopefully the following explanation of the three main weather regions in Australia will prove helpful: These lie in the south of the continent, covering most of the south eastern coast, through Victoria, NSW and up into Queensland. All of Tasmania is covered, as is the south western tip of Western Australia.

This region experiences what is known as an oceanic climate. It sticks close to the four seasons listed above, and is typified by warm summers and mild winters, with July being the coldest month and January the warmest. I say mild winters, but that is in comparison to northern hemisphere winters. They are still pretty chilly (avg of 15 degrees centigrade), and are generally wet and windy. 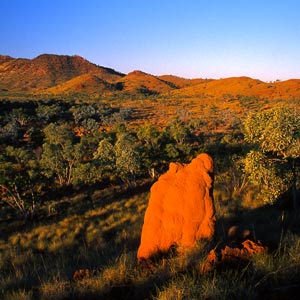 Most of Australia is comprised of exceptionally dry regions, with some 44% of the total land mass of the continent being desert. It takes up the centre of the continent, most of central and southern Western Australia, the southerly parts of the Northern Territory (think Alice Springs), the majority of South Australia, the western parts of Queensland and New South Wales and the North Western parts of Victoria.

This region experiences very little rain, and is almost constantly in a state of drought. There are occasional thunderstorms, which is where most of the 150-200mm annual rainfall comes from. They are characterised by extreme differences in temperature between the days and the nights. Days are extremely hot, and the nights are very cold, making habitation in these regions very difficult.

The Tropics are divided into two seasons, the wet and the dry. The wet runs from December to March, and in this time expect large thunderstorms and huge downpours of rain. Flooding is common, so check beforehand the areas you are travelling through. Because of all the moisture in the air there is very high humidity, and temperatures are normally above 30 degrees centigrade. The air is heavy and muggy, and often quite uncomfortable. The dry season runs from May to October, and is characterised by clear blue skies and temperatures of around 20 degrees. This is really the more pleasant time of year to visit the tropics, as the sweltering heat of the wet season is not present. 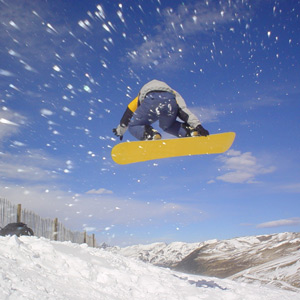 Snow does fall in Australia, although when you consider the size of the country it is uncommon. It occurs in the largest quantities on the Great Dividing Range that runs between Victoria and New South Wales. There are a number of popular ski resort towns that attract a lot of tourists in the winter months for skiing and snowboarding.

Some peaks of the Stirling Ranges in Western Australia receive snowfalls on occasion, but not enough for recreational activities. The central highlands of Tasmania also receive snow, with Ben Lomond in the north east being the most suitable for skiing and snowboarding.