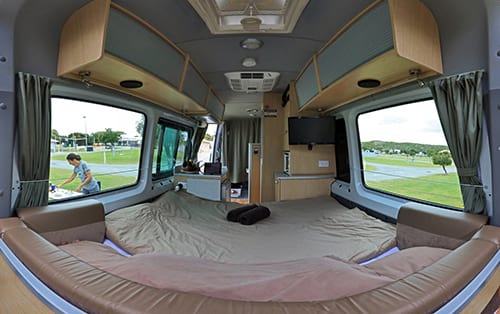 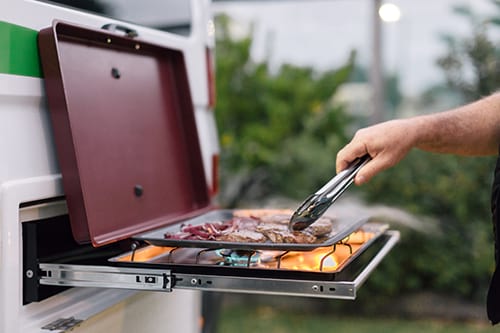 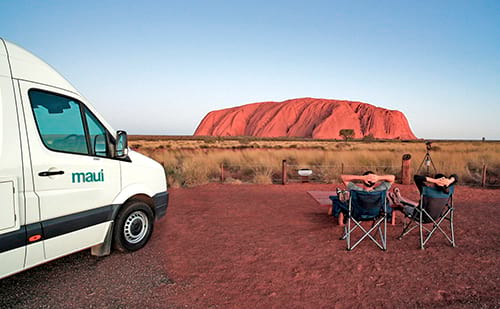 Disclaimer:
Actual vehicles may vary according to year of manufacture & availablility,  but vehicle will be suitable for required number of people and have similar specifications to those on this website. Specific specifications cannot be requested. Measurements are approximate, not guaranteed and specifications may change at any time without any prior notice.

Lloyd Searley
the van performed very well and was economical. Only difficulty was with the Nav system which was fiddly to work and not very clear to see from the drivers seat. We chose not to take the easy fill option for fuel and gas as felt it was too pricey. We went to BCF to get our gas bottle refilled before dropping the van off and that was very simple. Perhaps people should be told where to refill gas bottles at instead of having to find out for ourselves.
Meredith Mackenzie
Vehicle was clean and went very well all trip. Everything supplied in the van was in good order.
Linda Logan
Camper van was awesome. Definitely hire another one for next holiday. Had a malfunction with heater / air con and the staff in Alice Springs were wonderful. Got us back on the road the next morning. Thanks to them in Alice.
Mandy Woodhead
Very roomy vehicle, easy to drive,had everything we needed, the external bbq option was great, highly recommended.
Steve Feldman
Great to drive. Highway driving was easier than I expected. When everything worked it was very comfortable. Wiring system in this newer model let it down. No hot water for 4 of 22 days and the loss of at least half a day getting a new battery fitted was very disappointing. Your help line people did the best they could to help, but as they said it was too new and no one really knew much about the wiring and switching system. As I have said when everything worked the way it is supposed to it was very comfortable.
Neville Sweetman
Poor design
Colleen Johnston
The vehicle (Mercedes) was comfortable to drive. The interior was easy to keep clean with a broom. It would have been good if we were supplied with two bath towels each instead of 1 and two tea towels, it’s not always easy to find a laundromat whilst travelling in WA, especially when you’re only hiring for 8 or 9 days. The bedding was ok, except the pillows were a bit soft for me. The seating that is used for the bed is a bit hard, so we put the supplied doona over the mattress and purchase a cheap doona for warmth. I understand why there is only enough crockery and cutlery for 3 people, as you need to clean up after each meal to avoid clutter. I think you need to do this type of holiday a couple of times to work out packing minimal is best and taking a soft bag for easier storage.
Alan Craw
The campervan was very good except for a few minor problems. We were unable to gain access to the fresh water tank because the top would not come off so we were unable to refill it. There was also a rather annoying oil level warning on the dash board which would not go away.. I called phoned the contact and spoke to someone who said to check the dipstick, which I did a number of times and all appeared to be OK as was the level test each time I started the engine. Still the message would not go away. Anyway, we arrived home safely.
Wayne McKinnon
Preferred not to have 3rd seat and shower in this 3rd seat spot.