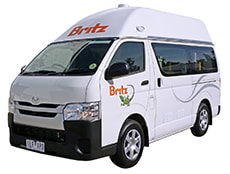 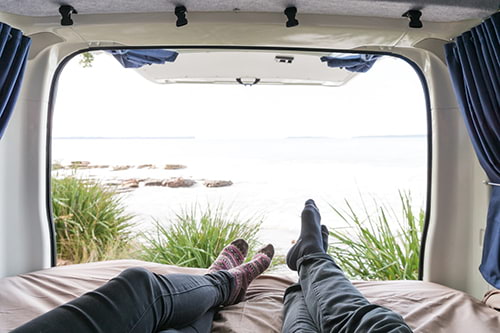 Disclaimer:
Actual vehicles may vary according to year of manufacture & availablility,  but vehicle will be suitable for required number of people and have similar specifications to those on this website. Specific specifications cannot be requested. Measurements are approximate, not guaranteed and specifications may change at any time without any prior notice.

Britz Hitop
Craig kirk
Vehicle was very reliable, comfortable
Britz Hitop
Michel Glover
The vehicle was great
Britz Hitop
ANDREW WALLACE
great for entry level glamping, slightly bigger and roomier will be needed in future but not bad, not bad.
Britz Hitop
Sue Lee
It was good for our trip. The van locks itself up short after all doors shut. It is a good function but we found it in a hard way. We were locked out in the middle of the night leaving both keys inside of the van.
Britz Hitop
John cantwell
The vehicle was in good mechanical condition with no problems encountered during the 7 days we used it. The van had plenty of power for what and when we needed it and was surprisingly economical with fuel usage.
Britz Hitop
Ken Gorman
Vehicle as described and more comfortable than expected. We had never used a camper van previously and it was most enjoyable.
Britz Hitop
Susan OCallaghan
Comfortable seats for long trip. The van was easy to manoeuvre, it was great to have auto with the ability to use manual on the hills. Surprisingly spacious bed setup, bed was really comfortable too. Previously mentioned; the smoke alarm over the stove was a pain, kept going off when cooking. Overall a really great van for the price of rental.