1800 704 332
Due to COVID-19 our contact centre is receiving a high volume of calls. Please email enquiries to reservations@discovery-campervans.com.au.

Many Ships Met Their Fate Here 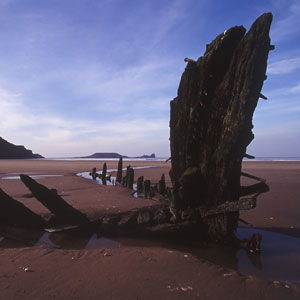 In a sunny, calm moment, there is nowhere more serene than the Victorian Coastline. The shining blue waters, glorious beaches and dramatic limestone features have graced coffee table books the world over. However, locals joke that "if you don't like the weather, wait five minutes". Historically, sailors have found the changeable weather of Shipwreck Coast nothing to laugh about. When the weather turns bad and the waves become turbulent. There is nowhere on the planet more dangerous to be sailing; it is a region which has seen the demise of over 700 ships.

This has led to the 180km stretch between Cape Otway and Port Fairy to be dubbed the Shipwreck Coast, in recognition of the hazards it presented to mariners of the past. The region's historical significance and its wild beauty make this a holiday destination like no other. You reach the Shipwreck Coast by heading west from Melbourne onto the Great Ocean Road. This road passes through delightful and enticing coastal hamlets, so why not park your campervan and spend a couple of nights enjoying the local hospitality? In between these two towns, is a must visit town, called Port Campbell. This quaint and picturesque town has a great holiday park to stay and enjoys the views, Port Campbell Holiday Park.

The most famous feature of the Shipwreck Coast is undoubtedly the Twelve Apostles, huge pillars of limestone rising out of the ocean like ancient monuments. There were actually only ever nine stacks originally, not twelve, and only seven pillars still remain standing. The London Arch, next to the Apostles on the coast, was originally the London Bridge; a span closer to the shoreline collapsed unexpectedly on 15th of January, 1990, leaving two tourists stranded on the outer span before they were rescued by helicopter. It was considered a miracle that no one was injured in the collapse. The Twelve Apostles and the London Arch are off the shore of the Port Campbell National Park. They are viewed from a series of platforms and boardwalks built along the mainland that helps prevent erosion, and there is an informative visitors' centre on site.

The Loch Ard Gorge is part of Port Campbell National Park, about 3min drive west of The Twelve Apostles. This is the site of the most famous shipwreck on this coastline, the Loch Ard. This was an iron-hulled skipper that ventured too close to land in thick fog in 1878 and ended up dashing itself on the rocks, leaving only two survivors. Loch Ard Gorge was named in commemoration of this tragedy. It has two towering walls that stretch out into the ocean away from a pretty beach that is perfect for a swim or a picnic... provided the weather is warm and calm.

You can drive the Shipwreck Discovery Trail and visit the many shipwreck sites along the coast. Learn the tales of dozens of wrecks and their resting places such as Loch Ard Gorge and Wreck Beach. Divers can arrange to see where many shipwrecks lay including over sixty 19th century shipwrecks in Port Phillip Bay, the wreck of the SS Casino off the shore at Apollo Bay, the shipwreck Fiji at Moonlight Head, and in Warrnambool, see the shipwreck Labella, about 250m off the end of the breakwater.

Although many people turn around and head back after reaching Port Campbell there is still plenty to see if you continue west. The first thing you may want to visit is the Grotto, a natural arch that has been created by sinkholes wearing their way through the rock until they meet. Looking at the Grotto from land it creates a perfect natural frame for the ocean behind it, a great opportunity for photographers.

Thirteen kilometres west of Port Campbell is the small fishing hamlet of Peterborough. Starting here and stretching for 33 kilometres up the coast is the Bay of Islands Coastal Park. The coastline of the bay consists of rocky cliffs dotted with secluded coves that protect rare fauna and flora, but it's what lies within the bay that makes it special. Limestone stacks, similar to the Twelve Apostles but wider while not as high, are spread out through the Bay. Lookout areas with parking are provided at the Bay of Martyrs, the Bay of Islands, Three Mile Beach and Childers Cove.

Flagstaff Hill Maritime Village is a state heritage-listed site overlooking the beautiful Lady Bay. Today you can explore the village to gain a glimpse into the Shipwreck Coast's maritime heritage. Both a living historical village that displays the life of a 19th century port & town, and holder of Victoria's largest maritime shipwreck collection, it sits on the bluff facing towards Lady Bay. You can explore the village area that has over 40 buildings and vessels.

There is plenty of accommodation to be found along the Shipwreck Coast and you are much safer exploring it in a campervan than a ship!