Broome And Beyond Broome 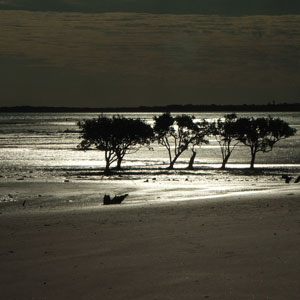 Broome, in Western Australia, abounds in both natural beauty and fascinating attractions; it is a destination worth putting on your bucket list. The town was established in the 1880's as a pearling port, where mother-of-pearl was harvested for making buttons and jewellery. Pearls and pearling are still a central industry of the town, but the mining boom in the Kimberley region has seen Broome become one of the fastest growing towns in Australia.

The town itself has several notable historical sites. The Broome Historical Museum is housed in an 1890's building, and has displays about the pearling industry and the bombings during WWII. The town boasts several art galleries, including the famed Short Street Gallery, which is housed in a historical building and is dedicated to Indigenous art. The Old Pearlers Quarters have been restored for an insight into the hardships of the early industry, as has the Streeter's Jetty, which was the original jetty for the pearl luggers. Even the local cemetery is worth a look.

If you are seeking something a little more quirky, there is always the Shell House on Guy Street. The Broome Crocodile Park has daily feedings of the occupants, Australian salt water crocodiles, for the more adventurous. For the shopping enthusiasts, there is Chinatown.

Of course, no visit to Broome would be complete without exploring the attractions relating to the pearling industry. At Pearl Luggers, there are displays of restored luggers and pearl sorting; as well, you can get a feel for the risks taken by divers with a demonstration of the old-style diving gear; and develop a taste for the meat of the pearl oyster. If you are interested in purchasing pearls, there are pearl showrooms scattered throughout the main shopping district.

The immediate environs of Broome are as interesting as the town. At Town Beach, there is the spectacular monthly occurrence of the Staircase to the Moon, as the moon reflects over the mudflats at low tide. There are the dinosaur footprints visible at low tide at Gantheaume Point, which must make them the oldest attraction in Broome. The striking colours and sculpted shapes of the rocks of Gantheaume Point would be worth a visit for their own sake, but there is also Anastasia's Pool next to the lighthouse, carved out of the rocks by the keeper so that his wife could exercise her arthritic legs. There is also the opportunity to explore the beaches both North and South of the town.

Broome is the gateway to the Kimberley and the Pilbara, regions rich in world-class national parks and amazing wilderness landscapes, with plenty of places for camping. You can head out along the Gibb River Road into the heart of the outback. The best times of year for these driving adventures are late autumn, winter and spring, known locally as the Dry Season. Summer is when the rains come and roads may become hard or impossible to traverse; it is also uncomfortably hot.

A ten hour drive south of Broome will see you to the Karijini National Park, classified as a tropical desert environment. There are plenty of campsites, but it is best to make a booking. The landscape is ancient, over 2500 million years old, and erosion has carved the local rock into gorges and waterways. The highlights of the park are the Dales Gorge, Fortescue Falls, the Weano Gorge and Oxers Lookout.

North and East of Broome is the Kimberley, including the delightfully named Bungle Bungle Range. This range is one of the natural wonders of the world, a unique landscape of horizontally-striped sandstone towers that are shaped like beehives and domes. The range is in the Purnululu National Park, about a nine hour drive east of Broome; you will need to check if your destination requires a 4WD vehicle. There are camping sites and other facilities available in the park.

These are just a few suggestions about what you can do in and around Broome. The best part of any adventure is finding your own special places for making holiday memories.